(Translation into English by Jack Bevan) 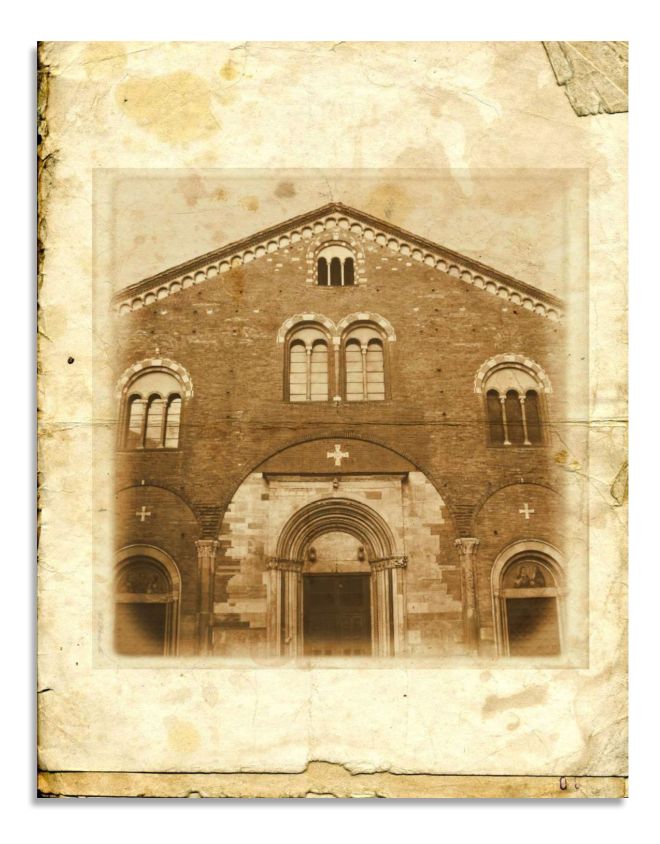 The facade of San Simpliciano Basilica as it is today, “computer worn” by Maria Bartocci, artist and Milano’s historian (by kind permission of the creator)

THE SILENCE DOES NOT DECEIVE ME

assembles on my window-panes.

The sound has no echo, takes a transparent

circle, brings to mind my name.

I write words and analogies, try

to trace a possible link between

life and death. The present is outside me,

will only in part be able to contain me.

The silence does not deceive me, the formula

abstract. What must come is here,

and if, love, it were not for you,

the future would already have that echo

I do not want to listen to, quivering as

sure as an insect of earth.

*This poem by Salvatore Quasimodo is included in Debit and Credit, the last collection of Nobel Prize laureate, passed away on 14th June 1968 in Naples. The numerous initiatives concerning the 50th anniversary of the poet’s death also include an extraordinary event, dedicated to the town Quasimodo had chosen to fulfil completely his need to create with verses, Milano. A “laic worship” in the poet’s memory, in fact, will take place in San Simpliciano Basilica on Thursday 15th November at 7 p.m.

The initiative, an idea of journalist Paola Ciccioli, whom just finished writing Solo about Father, a book in which Alessandro Quasimodo describes the complex relationship with his poet-father and, also through some letters written by his mother Maria Cumani, recreates with unreleased pictures and documents some crucial moments of his “family biography”.

A foreword by Monsignor Giuseppe Angelini, theologist and present vicar of the church where the poet’s solemn funeral service took place on 17th june 1968, will introduce Alessandro Quasimodo’s reading of the most impressive verses his father dedicated to Milano and to his religious turmoil.

Giorgio Tacconi, writer, will also participate. His contribution in turning an idea into reality was crucial. He, together with the association Quarto Paesaggio, are mapping streets, squares and hidden corners of the town which have been quoted in many different books, where Milano is not only a simple setting, but a real writer-inspiring literary protagonist.

Readings and speeches, will alternate with compositions for organ, played by organist Isaia Ravelli. 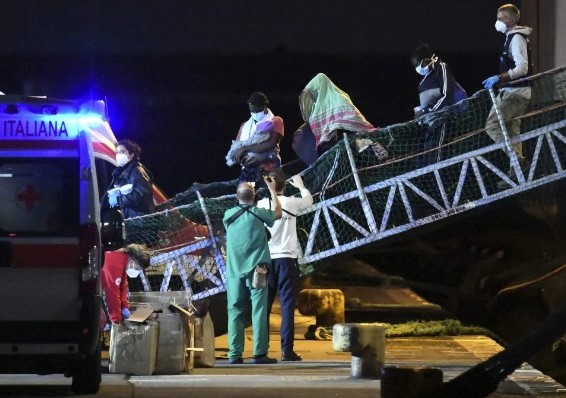 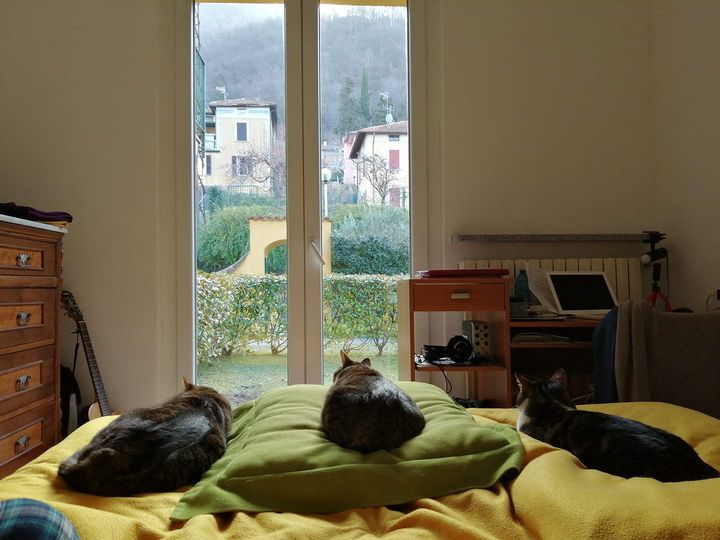